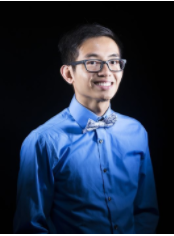 A little over a year has gone by since Bob Morantz, Class XI lost his battle with cancer, but his memory lives on in the hearts of all those he inspired.

“I try to emulate everything he did,” said Tien Nguyen – friend and mentee of Morantz.

“From the time that Nguyen was in eighth grade until his junior year, Morantz served as Nguyen’s mentor in the Champions for Learning program through the Education Foundation of Collier County.”

Tien was recently featured in Naples Daily News as a Graduate of Distinction where he speaks of his mentor and credits him for helping him become the man he is today.