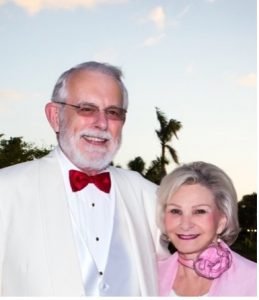 GNL’s Lacey King was a key person in the formation of GNL’s program as we know it now, but that’s just one of her many accomplishments.

Born and raised in Albany, Georgia, Lacey was the ninth of eleven children. She studied at William and Mary, majoring in religion as she wanted to learn about the different cultures of the world and minoring in creative writing. She entered the Foreign Service in 1970, and worked the next 25 years in American Embassies in several countries, with intervening tours in the U.S. State Department.

Foreign Service work is divided into five categories—consular, economic, administration/management, political and public diplomacy. After serving in several different departments, her career path eventually led her to settle into the administrative cone. Her assignments included the following locations:

While with the Foreign Service, Lacey met her first husband, another Foreign Service employee, whom she married in 1975. He passed away in 1986. They had no children.

Lacey retired at age 52 in 1995 and was drawn to Florida, partly because of a romantic interest. Though that relationship ended, her love of Florida did not; and she settled in Naples. At that time, she began her second career . . . writing personal memoirs for families. She first worked for a company that wrote memoirs for clients but soon spun off on her own.

The Collier County Public Library heard about Lacey’s talents and brought her onto their Friends of the Library board. It was there that she met a fellow board member, Robert Chartrand (Class I), who became her GNL sponsor.

Lacey was part of the pivotal Class III, whose members established the GNL that we recognize now (rather than part of the Greater Naples Chamber of Commerce). She was the primary administrative source for the organization during that period. 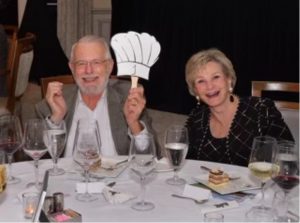 Lacey’s community participation after GNL went in a number of directions. Her pivotal involvement with Hope for Haiti as a member of their board for ten years culminated in their naming a dormitory in an orphanage in Haiti in her honor. Other nonprofit work included Fun Time Early Childhood Academy, Stay in May Arts Festival, the Culinary Hospitality and Education Foundation (CHEF), and extensive work for The Shelter for Abused Women & Children. She was recognized by the Community Foundation of Collier County as a Woman of Initiative in 2010 and has also been very active with First Baptist Church in Naples.

Another of Lacey’s strong interests is food and wine, which brought her to The Confrérie de la Chaîne des Rôtisseurs,™ the oldest and largest food and wine society in the world, where she served as the Bailli (president of the Naples chapter). It was through her involvement with the Chaîne that she met her second husband, Alan Goodridge, an academician who taught biochemistry to medical students in several major universities in the USA and abroad. As he advanced in his career, he served in university administration as dean, provost, and president. Their April 2018 surprise wedding was reported on the front page of the Naples Daily News.

But Lacey wasn’t done yet. Through her nephew, she learned of a gentleman named Laurence Sturtz who felt he had a true crime story to write, but he needed assistance. Enter Lacey, who collaborated with him to turn the tale into a novel titled The Snitch: An Agent Without a Badge, which they co-authored and published in August 2018. And she’s working on additional memoirs, including one which might become another novel.

Who knows what’s next for Lacey . . . but we will all watch with great interest!

Photo 2 – Alan and Lacey bidding at a CHEF fundraising event.