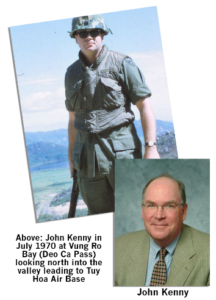 John Kenny, a member of GNL Class XIX, was among 326 people inducted into the inaugural class of the U.S. Army ROTC National Hall of Fame during a June, 2016 ceremony in Fort Knox, Kentucky coinciding with Army ROTC’s Centennial celebration. He joined ROTC during his college years at the University of Wisconsin-Madison. Following graduation in 1967, he served in the Army with distinction in Europe and Vietnam including awards of the Bronze Star and Army Commendation medals. The Naples Daily News featured John, among several area honorees, in a story at Naples Daily News HERE.