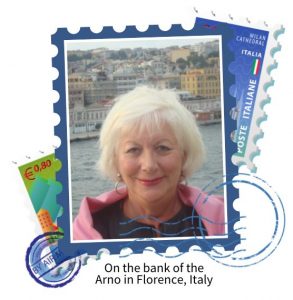 In the business arena and in her nonprofit contributions, Joanne Wyss (Class III) has built an exceptional record of leadership and impact, always leaving a situation better than she found it – a principle that has guided her activities.  All the while, she has lived a varied, interesting and lively life – filled with a wonderful Swiss husband, close friendships, a love of the arts, and extensive, exotic worldwide travel.

After a high-powered, successful 25-year career in communications with McKinsey and Company, the leading international management consulting firm, Joanne and her husband, Karl, came to Naples in the early 1990s.  Eager to get involved in a meaningful way in the community, Joanne was pleased to discover that the strategy and communications skills she had developed throughout her career could help make a difference for a wide range of nonprofit organizations.

Joanne’s vision, energy, and initiative led her to help found several organizations here and serve in key leadership roles.  She was a founder of the current Greater Naples Leadership and remains active. After participating in Class III, Joanne’s strong belief in the mission led her to join with several members of her class to create the new GNL after the Chamber decided to discontinue the existing Masters Class.  Joanne served on the GNL Board for seven years, chaired the Communications Committee, and became GNL’s first woman President in 2004-2005.  She currently serves on the 25th Anniversary and Strategic Planning Committees.

In the nonprofit arena, Joanne founded and led Books for Collier Kids (formerly First Book-Collier County) for 11 years. Joanne saw the need back in 2005, when she and her husband, Karl, were tutoring pre-K children at Manatee Elementary School and realized that most of the children had no books at all at home to help them develop their reading skills. This nonprofit has now given over one million books to disadvantaged young children in Collier County, from pre-K through second grade. Today, some 10,000 disadvantaged young children across Collier County now receive a new book monthly– to take home, treasure, and share with their families.

In recognition of its impact on children’s lives, Books for Collier Kids received the Harvey Kapnick Award from the Community Foundation of Collier County for “exemplifying program excellence” and a Commendation from the District School Board of Collier County.

Joanne has served on several other nonprofit boards including the Community Foundation of Collier County, The Immokalee Foundation, and David Lawrence.  She currently serves on the Marketing and Communications Advisory Committee for Gulfshore Playhouse.

For her positive impact on so many lives and her contributions to the community, Joanne was named a Woman of Initiative by the Community Foundation in 2010 and was honored with GNL’s Distinguished Leadership Award in 2012.

The skills Joanne brings to the nonprofit world are a natural outgrowth of her lifelong love of ideas and writing and her career in communications. After graduating with a degree in English Literature from the University of Pennsylvania, Joanne worked for several years as an editor for two leading book publishers in NYC.

Joanne then began a dynamic 25-year career at McKinsey & Company, rising to become Director of Communications.  Working with teams and clients in the US, Europe, Asia and Australia, she became known for her ability to cut through to the to the essence, develop clear and compelling messages, and organize complex ideas and data to build a persuasive, fact-based case.  Joanne served global companies such as AT&T, American Express, Ciba-Geigy (Novartis), Duracell, General Foods, Mercedes Benz, Mitsubishi and Xerox.  She had worldwide responsibility for communications staff and consultant training.

Joanne’s McKinsey career turned out to be more challenging and rewarding than she ever could have imagined.  She loved the opportunity to have an impact on real life situations, work with very smart people, learn a great deal about all aspects of business, make lifelong friends, and meet her husband!

After 25 years at McKinsey Joanne left to fulfill a long-held dream and founded her own communications consulting firm, Communicating for Results.

On the personal side, Joanne’s life has been enriched by a love of the performing and visual arts and travel.  Music is a special passion.  Joanne has played classical and jazz piano since she was seven years old (with brief detours to study French horn and flute).  Since coming to Naples she has been a member of the Crescendos Piano Performance Group, a group of about 15 amateur pianists who play together monthly during season.  At the start of the pandemic, Joanne tuned in to over 70 performances broadcast by the Metropolitan Opera in New York.  Her creative writing culminated in the publishing of a book of her short poems, Moments, in 2018.

Travel has been another enduring interest.  Joanne and Karl’s marriage began with an around-the-world trip in 1976 and since then, they have visited over 75 countries together.  Some of the most memorable journeys have been to East Germany (both before and after the fall of the Berlin Wall), Cuba, China, Sri Lanka, Japan, Vietnam, Nepal (where they tracked tigers in the middle of the night), Iran, and Ghana (where they supported schools and rural health clinics).  They lived in London and Zurich for several years.

Editor’s note.  Two fun facts I learned about Joanne:  She was a high school varsity cheerleader and has two tattoos! 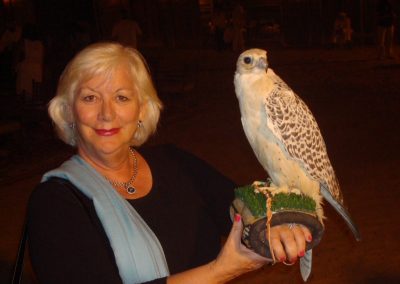 Joanne with a falcon in Dubai 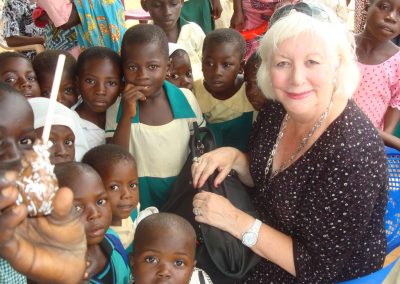 Joanne visiting with students in Ghana 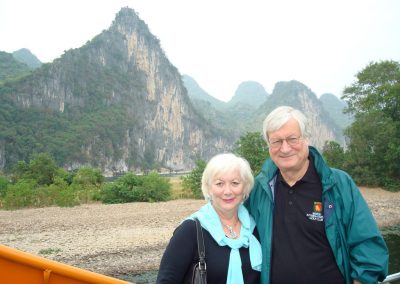 Joanne and Karl in China 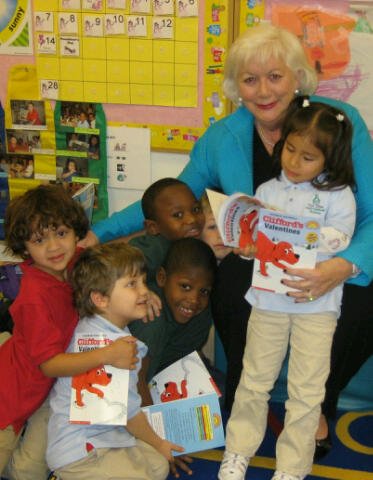