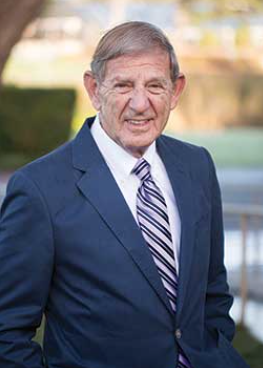 Bob Berlam, GNL Class VIII, received the John Nazarian Alumnus of the Year Award on May 3, 2018, from his alma mater, Rhode Island College, in Providence, RI.  Read Bob’s bio as presented in the Rhode Island College Award Announcement.  Bob is a past-president of GNL and continues his support for quality education as a volunteer with Champions for Learning.

Award Announcement Bio:  Berlam’s long career spans the field of education; public service; executive leadership in local, state and federal government; and military service. At RIC, he was a three-sport athlete in soccer, track and basketball. After graduating in 1958, he taught math and science and was a guidance counselor in the Cranston school system. He went on to become executive assistant to the Rhode Island commissioner of education; director of government relations for the National Association of State Boards of Education in Washington, D.C.; and managing director of the Close Up Foundation in D.C., which provides hands-on experience in the workings of government for more than 25,000 high school students from across the country. Relocating to North Carolina, Berlam continued to serve in leadership positions as executive director of the North Carolina State Employees Association, director of government relations for the North Carolina School Boards Association and executive director of LEARN. After over 40 years of military service, he retired from the U.S. Air Force with the rank of colonel. In 2009 Berlam was inducted into the RIC Athletic Hall of Fame.