An Interview with Roger Sippey 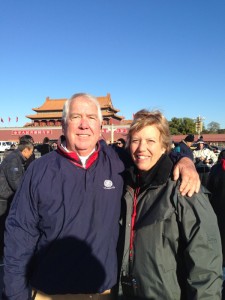 Roger and his wife, Janet

I grew up in SE Ohio and following graduation from Muskingum College was hired by one of the major producers of what was then a thriving steel industry.  In 1968 I joined a small privately owned steel company and 42 years later retired as President and CEO from what was then a significantly larger company.

My wife Janet and I recently celebrated our 50th wedding anniversary; we married in 1965 as college sweethearts.  Our four children were raised in St. Louis and Philadelphia.  Three are now married and we have seven grandchildren, spread across the map of the US:  Chicago, Berkeley, Greenville and Baltimore.  During the summer months we try to be with them and have travelled together as a family.

We first visited with friends in Naples in 1968 and liked what we saw.  After retirement in 2010 we decided to buy a home in Naples and transitioned from Chicago to Naples full time in 2014.

I heard about GNL from friends who had participated in the program in early 2010.  I eventually joined GNL as a member of Class XVIII in 2013-14.

Having spent my entire adult life raising a family and working in the corporate world, I had not served the community and felt that through GNL I could learn more about our new community, and would identify areas where I might give back.

Through GNL my friendships have expanded beyond my immediate circle of long-term friends to a number of new friends with diverse interests and skills.  This was not only through the many class sessions but also as a result of our commitment to sponsoring a class day for the following class.

While working in Chicago from 1995 on, I became CEO of Feralloy Corporation and also Board Chairman of four affiliated joint venture companies.  We sold our company to Reliance Steel and Aluminum in 2008 and since retirement I continue to work for them as a consultant and also hold board positions with FarmedHere LLC, an aquaponic, airoponic indoor large vertical farm in Chicago as well as All Metals, Inc., which is located in Spartanburg, SC and Cartersville, GA.

Once completing the GNL year, I reviewed several opportunities and decided in 2014 to join the United Arts Council Board.  I assumed the position of Treasurer as of July, 2015.

There are many people who would like to give their personal time or contribute financially to the community who may not be able to make the commitment to GNL.  These people know GNL either from friends or from reading about it.  I would recommend that during the season of the GNL classes that on a bi-weekly basis the Naples News should feature an article on “What GNL Did This Week” during each Class season.  This would allow those who are not members of GNL to learn about Naples and Collier County, perhaps take an interest in a segment and then give back also either with time or financially.

GNL needs to build its reputation and strengthen its presence in the community; moving forward in this manner would not only help GNL, but the community in general.

Also, I would review and revise GNL’s admissions policy.  It is my opinion that too few graduates actually give back after participating in the classes.   GNL should not become just a “cocktail party conversation item”, it should select members who are committed to giving back in the future. 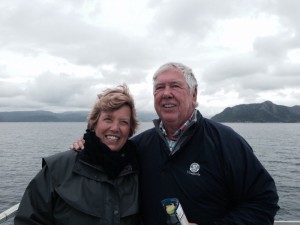 Roger and Janet in the Baltic 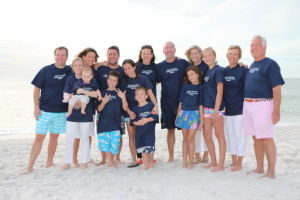 Roger & Janet with their children and grandchildren