An Interview with Karen Anderson 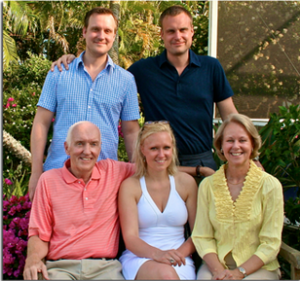 Each month we take one of our board members and “personalize” each by letting you know a few things that are not in their profiles.

This month we are learning more about Karen Anderson, currently our ACE Social Networking Chair who is a former Class XV Class Rep and Session Day Team Leader. In addition, Karen served for six years on The League Club Board and is currently active in the Naples Garden Club and a volunteer at Sea Gate Elementary School tutoring 1st graders.

Give us a brief summary of your background, where you grew up, how you got to Naples, how long in GNL, etc.

Having grown up as a first-generation American in northern NJ and within the multi-cultural environment of the NYC metropolitan area, my interest in experiencing more of other cultures was sparked early on. So after working as a teenage summer girl on Martha’s Vineyard for several years, the desire to travel more became higher on my life’s “to do” list.

Then, after university and early in our married life, international travel became a reality in 1978 when a business opportunity was presented to us that involved moving to London. Little did we know that this “temporary business transfer” made us permanent UK immigrants as we ended up living abroad for almost 30 years. From here, we also had the privilege of travelling the world.

As a result of having grown up in the UK and attending schools in the UK and in Europe, our three children, Michael, Peter and Katherine (born in London) feel very much at home both here and abroad.

We decided to move to Naples because we did a house exchange in Naples while attending our goddaughter’s wedding. Although there are many beautiful places in the world, we felt that Naples is not only physically beautiful but the people here are very inclusive and friendly. It was a brilliant choice. We love Naples!

Tell us one thing our members do not know about you.

One of our fun “raising a family in London” anecdotes was that our son Peter had a young Diana Spencer (later to become “Princess Diana”) as his nursery school teacher. And subsequent to the progression of Diana’s romantic/marital plans, Peter and his classmates were each given a piece of Charles and Diana’s wedding cake which was boxed and inscribed in gold leaf with “Charles and Diana July, 1981” and tied with a satin ribbon.

While in London, I worked as the Director of an international translation and interpreting service. I was also involved in various nonprofit organizations, including being a founding member of the Junior League of London and Chair of the Woolnoth Society, which is a City of London charity for the homeless. Many City of London financial institutions are also supporting member of this charity. I also volunteered at Chelsea & Westminster Hospital in the high dependency pediatrics ward.

What one thing have you gotten out of GNL? Or, Why would you recommend GNL to someone that might want to join?

GNL has helped me to learn so much more and in-depth about our community and Collier County than what one can read in the newspaper or glean from casual conversations or books. It is such a privilege and pleasure to be a member of this wonderful organization.

What is your view of the future of GNL, or how might we be a better organization?

In the future I hope that GNL will be better known in our community and that GNL will continue to have a growing positive impact on those for whom we serve.