An Interview with Joe Trachtenberg

I grew up in Brooklyn, NY where I met my wife Gail in the early 60’s when we were both teenagers.  (In November we will be married 50 years).  We have three grown children, and five grandchildren ages 6-18.

I decided to pursue a business career early in my life, and earned my accounting degree from Long Island University.  My primary employment was with Victaulic Company, the world’s leading manufacturer of mechanical piping products, headquartered in Easton, PA.  I joined in 1974 as Controller and retired in 2004 as CEO/Chairman.  During these years a primary focus was global expansion, building plants and acquiring businesses in China, Easter and Western Europe, Canada and South America.  I continue to be a member of Victaulic’s board.

Captain Joe at the helm

Gail and I visited Naples in the 1990’s and it was love at first sight.  So with retirement pending, we returned in 2003, signed a contract and purchased a home.  During my early years in Naples, I played a bunch of golf (never getting very good at it), bought a boat, and studied and received my Coast Guard Captain’s license.  And I joined with some local business folks and retirees, and created an angel investment fund.  I was reasonably busy, but something was missing.

In my career, I had always donated my time to not-for-profits (serving on school boards, a hospital board, a health foundation board, etc.).  Now in Naples, with lots of time on my hands, I was doing nothing to “give back”.  Gary Thomas (Class VIII) is my neighbor.  He was on the board of the Conservancy of SW Florida (as a result of his GNL commitment).  I jumped at his offer to sponsor me and was accepted to GNL’s class XIV.

From the beginning, I knew I had made a great decision.  Instantly I was learning what really makes Naples tick.  I was meeting the leaders and ancestors of the City’s founders, and I was learning about its strengths and its challenges.  And I was doing this with a terrific new group of friends, from many different backgrounds, but with a common love of our beautiful adopted city.

Among my new classmates was Rick Fumo, who was then board chairman of St. Matthew’s House.  From our arrival in Naples, Gail and I had frequently responded to St. Matt’s appeals for food and donations.  But when Rick asked if I had ever been inside its doors, I answered no. 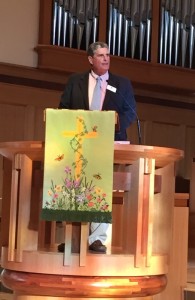 In recent years our organization has experienced substantial growth.  We operate two homeless shelters (Naples and Immokalee), a large feeding ministry and food pantry, and since 2010 Justin’s Place, a residential drug and alcohol recovery program for men and women.  We have graduated over 200 folks, who have completed our one-year program, and our success rate stands at a remarkable 84%.

St. Matthews operates a catering business and five thrift stores, and is in a unique position to fund all administrative costs through the profits of social enterprises.  And we provide jobs to our clients.  We take no government funding and 100% of donations go directly to support our programs.

Because of GNL, and my introduction to St. Matthews House, my life has also changed.  I have found an organization, which I love, and which can benefit from my talents.   And I get to see lives saved every day.

My golf skills are still pretty awful, and the fish in Naples Bay and the Gulf remain pretty safe, but I am engaged in the most meaningful work in my life!

Last year we were able to add a GNL member to our board, and we look forward to doing the same this year.  And we were honored when Class XIX donated a substantial cash contribution to us last spring in recognition of our work in the community.

In my view one cannot measure the value of an organization like GNL that brings together talented individuals with institutions desperate for their help.  I hope they continue to serve this role for many years to come.

We are all blessed to live in Naples, and through GNL, we all have a path to make it even better. 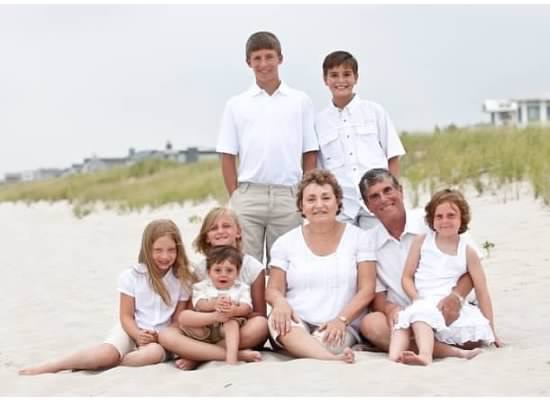 Joe with his wife Gail and their grandkids